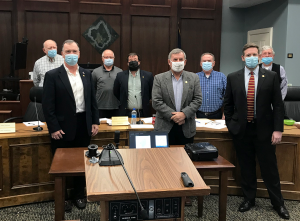 (Arrington, VA) – Firefly Fiber Broadband, a wholly-owned subsidiary of Central Virginia Electric Cooperative (CVEC), announced its plans to make fiber-connected, gigabit speed broadband internet service available to every home and business in Nelson County by the end of calendar year 2024. Firefly presented a proposal to the Nelson County Broadband Authority (NCBA) at its December 8 meeting. The Firefly proposal included almost $6 million for fiber extensions outside the CVEC electric system, and the company requested that the county provide $1.25 million to help make the project economically feasible. NCBA accepted the proposal, assuring universal access for all county citizens.

Firefly will partner with AEP and Dominion to build in their electric service territories for all of the projects that lie outside of CVEC’s electric distribution lines. The entire build includes 132.3 miles of fiber and will pass 1,651 homes.

“Nelson County will be one of the first counties in the state, and even in the nation, to offer universal fiber-connected, gigabit speed broadband internet service to every building with electrical service,” Firefly President and CEO Gary Wood said.

The Firefly universal service project will begin with three projects to be built in the next 18 months. The three projects include construction in Arrington on the southeastern side of the railroad tracks, in the Schuyler area to include Rockfish Road, and in the Shipman area following Route 56 to Hunting Lodge Road. Make ready work on the AEP poles will begin early in 2021. The schedule for each project area takes 4-6 months from start of the make ready work until the final connections are available. The full list of projects included in the proposal can be found below. Homeowners in each project area will receive a mailing describing the project as work begins in their area.

The availability of fiber across Nelson County will not only improve the quality of life for residents in the many ways we readily think of; it will provide value for the county in several ways. The additional infrastructure will increase the tax base and fiber access for prospective businesses will invigorate economic development.

Headquartered in Palmyra, VA, Firefly Fiber Broadband is a wholly-owned subsidiary of Central Virginia Electric Cooperative. Firefly offers lightning fast internet via fiber to the premise that is reliable and priced fairly with no hidden equipment costs or price increases. Firefly has no contracts, no data caps or slowdowns and offers symmetrical upload and download speeds. Firefly Light offers 100 mbps for $49.99; Firefly Flash offers 1 gbps for $79.99; and Firefly Voice is $34.99 with a $5.00 discount when bundled with the internet. For more information, visit www.fireflyva.com. 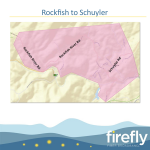 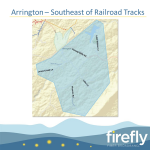 Firefly's operating hours are M-F from 8am-5pm. If you need to report an outage during or after regular business hours, call 833-473-3591 and select option 3 or use the 24/7 tech support chat option.